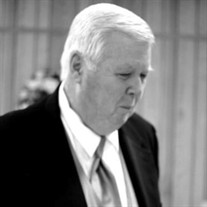 Avery Lanning Puckett, age 74, passed away while surrounded by family Sunday, December 12, 2021, at NHC Maury Regional in Columbia, Tennessee. Avery was born March 18, 1947, in St. Louis, Missouri to the late Melbourne Leland and Constance Avery Puckett. Avery is survived by his wife Susan Hannah Puckett of Columbia, TN; son: Leland Wade (Nathalie) Puckett of Columbia, TN; daughter: Paula Jean Potter of Columbia, TN; brother: David Leland (Linda) Puckett of Murfreesboro, TN; sister: Jan Tidwell of Kentucky; grandchildren: Hallie Lane Puckett, Brandon Pameticky, Austin Pameticky, Carley Pameticky, Madeline Puckett, and Hannah (Jacob) LaFever. Avery graduated from Murfreesboro Central High School in ‘65. After high school, Avery attended MTSU before being drafted into the U.S. Army in 1967. Avery served two tours of duty in Vietnam before being honorably discharged in 1969. After being discharged, Avery continued his education at MTSU and was a member of IIKA. In 1972 he joined the Nashville Metro Police Department obtaining the rank of Detective. Following a particularly interesting burglary case, Avery solved, he always spoke of writing a book entitled “The Butler Really Did It.” While still at the police department he was chosen to go to polygraph school and became a polygraph examiner. During his 30 year career, he became well-trusted for his integrity within the legal community. Following departure from the Police Department Avery started his own private polygraph company. Avery then went to work for the Davidson County Sheriff’s Department working in Internal Affairs. While working at the Sheriff’s Dept. Avery graduated from Trevecca University with a B.A. Human Resources. Avery was a member of the Alabama Polygraph Examiners for many years and was awarded Pyron “Pete” Pound, Jr. Leadership award in 2004 and the Cecil Johnston Meritorious Service Award in 2013. When Avery wasn’t working, he likely was watching a NASCAR race or enjoying a good football game. Avery had a life full of interesting experiences and a dynamic career, however, his greatest pride was his family. He was a dedicated husband, father, Papa, and friend. Avery had a great sense of humor finding the light side of moments often. He was loyal and caring, the sort of friend that would always be there for you. Avery is loved and will be dearly missed by all who knew him. Pallbearers will be: Rex Welch, Woody Pillow, John-Phillip Lang, Austin Pameticky, Brandon Pameticky, and Dan Warner. Honorary Pallbearers will be: Bill Hamblen, Dennis Peloquin, Bob Albach, Jimmy Flanigin, Don Rutledge, Edward Stovall, Johnny Griffin, Keith Dunkee, Gordon Greene, Don Crownover, and Dan Spencer. The family will receive friends Sunday, December 19, 2021, from 2:00 p.m. until 6:00 P.M. at Williams Funeral Home in Columbia, TN. Funeral services for Avery will be held at 11:00. A.m. Monday, December 20, 2021, with Bro. Robert Bates officiating. Burial will follow at Middle Tennessee Veterans Cemetery in Pegram, TN with the committal scheduled at 1:00 p.m. Funeral Services will be lived streamed via Facebook Live for those who cannot attend. Williams Funeral Home is assisting the family with arrangements. Condolences can be given to the family online at www.williamsfh.com

The family of Avery Lanning Puckett created this Life Tributes page to make it easy to share your memories.

Avery Lanning Puckett, age 74, passed away while surrounded by...

Send flowers to the Puckett family.