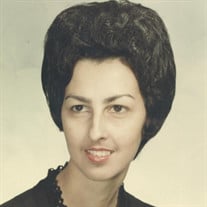 * This is a revised Obituary. Due to unforeseen circumstances the newspaper published times are incorrect and Visitation will be Tuesday evening and services will be Thursday morning at 10:00 AM.* Barbara Ann Andrews Kilgore, age 78, passed away Saturday, April 24, 2021 at Maury Regional Medical in Columbia, Tennessee. Barbara was born in Columbia, Tennessee March 20, 1943 to the late Doug Andrews and Pauline (Shouse) Andrews. Barbara was a lifelong resident of Maury County, Tennessee. Barbara went straight to work after she finished school. She got a job at GE when the doors opened and worked there until they closed. Barbara worked in the tool crib. She took pride in her work and had a keen mind for any part and the relative numbers, and always knew right where everything was located. When she wasn’t working Barbara might be found cheering on her favorite NASCAR driver Dale Earnhardt. She took pride in her yard and made sure to keep it manicured, and she tended to her many flowers on her deck. Barbara also enjoyed seeking out her family’s heritage and learning the genealogy of her family. Barbara is loved and will be dearly missed by all that knew her. Barbara is survived by her son: Reggie Andrews; grandchildren: Wesley Andrews and Lora (Mitch) Umbarger; great grandchildren: Arya Andrews, Baelyn Andrews, Atticus Andrews, Brixton Tank Andrews, and Caleb Umbarger; brother: Dwain Andrews; one niece, five nephews and dear friends: Raymond & Sarah Anderson and Sue Fox. Barbara is preceded in death by her husband: Robert Dean Kilgore; parents: Douglas and Pauline Andrews; siblings: Nancy Kennedy, Norris Andrews, Thomas Hill; grandparents: Jim and Bessie Shouse and Savannah and Albert Andrews. The family will receive friends from 5 p.m. until 7 p.m. Tuesday, April 27, 2021 at Williams Funeral Home in Columbia, TN. A funeral service will be held Thursday, April 29, 2021 at 10:00 a.m. with Bro. Mike Roberts officiating. Burial will follow at Polk Memorial Gardens in Columbia, Tennessee. Pallbearers will be: Dwain Andrews, Preston Andrews, Austin Stanfill, Ricky Stanfill, Enoch George, Mitch Umbarger and Doug Williams. Williams Funeral Home is assisting the family with arrangements. Condolences can be given to the family online at www.williamsfh.com

* This is a revised Obituary. Due to unforeseen circumstances the newspaper published times are incorrect and Visitation will be Tuesday evening and services will be Thursday morning at 10:00 AM.* Barbara Ann Andrews Kilgore, age 78, passed... View Obituary & Service Information

The family of Barbara Ann Kilgore created this Life Tributes page to make it easy to share your memories.

* This is a revised Obituary. Due to unforeseen circumstances...

Send flowers to the Kilgore family.