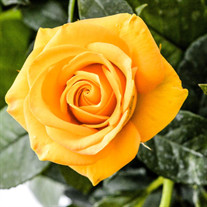 Although only 83 years young, Betty Ann (Gilmore) Coss was convinced that she had to be at least 100 so I will go with that and ask, where are the words to recognize and celebrate those years of life well-lived? Loving mother, grandmother, great-grandmother, and matriarch of a neighborhood, everyone lucky enough to cross her path was a child under her protection. From Hampshire, TN, Betty migrated to the big city of Nashville to chase a future and after attending Draughon School of Business, she went into the wild world of business and life. Marrying Charles (Buddy) Coss in 1961, she set out with him in support of his calling and ministry, landing in places around the southeast. Across the years and miles, she found opportunity to raise a family, blessing this world with her four beautiful children whom she loved fiercely and without quarter. Her love and support enabled and empowered those children to follow their own paths and to realize dreams, all of which she was wildly proud of. When Betty moved back to Nashville in 1977, she embarked on the next phase of her amazing journey as a single mother. Working tirelessly to provide for those children, she accepted and crushed every challenge. Proving her resiliency, she learned many skills ranging from tearing down houses to selling notions at historic Neely, Harwell, & Co. until landing finally in the insurance industry. She finally retired for a well-earned rest to Franklin, Tn in 2007 where she lived surrounded by loving family, her mothering extending to the grandchildren and great-grandchildren she adored. Born 17th of October 1939, in Mount Pleasant, Tennessee, Betty enjoyed a long, if not trouble-free life, passing in her sleep on 8th of April 2022, in Columbia, Tennessee. She is survived by her daughter: Debbie (Steve) Antes; son: Chris Coss; grandchildren: Matthew Antes, Joshua Antes, Robert Antes, and Sarah (Colin) Henry; and several great-grandchildren. She is preceded in death by sons: David and Chuck. The family wishes to extend their heartfelt thanks to the staff at NHC Columbia who delivered comfort and care to Betty’s last days, and solace to them all. The family of Betty Coss will receive friends on Monday, April 11, 2022 at 2:00 PM at Williams Funeral Home in Columbia, Tennessee. The family will be having a private graveside.

Although only 83 years young, Betty Ann (Gilmore) Coss was convinced that she had to be at least 100 so I will go with that and ask, where are the words to recognize and celebrate those years of life well-lived? Loving mother, grandmother, great-grandmother,... View Obituary & Service Information

The family of Betty Coss created this Life Tributes page to make it easy to share your memories.

Although only 83 years young, Betty Ann (Gilmore) Coss was convinced...

Send flowers to the Coss family.