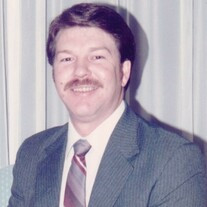 Billy Dale Garland, age 69, passed away Wednesday, April 21, 2021, in Columbia, Tennessee. Billy was born in Center, TN March 23, 1952, to the late William Garland and Genell Allen Garland. Billy is a lifelong resident of Middle Tennessee. Following his graduation from high school, Billy joined the Army and honorably during the Vietnam War. After returning home Billy attended MTSU where he earned his Bachelors in electrical Engineering. He put his degree to good use with General Electric for nearly 30 years, with a short stint with Bristol Compressors from 1994 to 1995. Later in his life, Billy joined the Ed. T. Workman #610 in Mount Pleasant. He found a brotherhood and passion for other people and dedicated his time to the Masons. He served as Past master for Ed T. Workman Lodge, as well as was a member of Meriwether #192 in Hampshire. He also served as the District 10 Deputy Chairman and was an honorary member of several other lodges. Billy was a 32nd Degree Scottish Rite Mason. He was also a member of the Al Menah Shrine Temple and the Tennessee Lodge of Research. When Billy wasn't attending meetings or working you might find him at the range with his wife and grandson target shooting, or surprisingly, he might be patiently crocheting a new project. Billy was always ready to show kindness to other people. Billy was loved by everyone, he was always glad to have a conversation or cut up with you. He was truly just a good person. He worked hard, loved his family, and treated people right. Billy is loved and will be dearly missed by all that knew him. Billy is survived by his loving wife of 42 and half years Barbara Love Garland; children: Gina (Damon) Barnett, Stacey (Kari) Chunn, Denise (Eddie) Anderson, Leonard Ward "Bubba" Lee Jr., and Anthony Alan Lee; grandchildren: Brooke Lee, Casey (David) Miller, Ashley Lee, Ryan Anderson, Chris Barnett, and Dylan Pullum; great-grandchildren: Maria Taylor, McKenna Miller, Brayden Miller, Liam Miller, and Leo Gonzales; sister: Pat Garland; brother: Tim Garland; beloved K-9 companion: Scarlett Garland; and numerous nieces and nephews, and brothers and sisters-in-law. Billy is preceded in death by his brother Jackie Garland. The family will receive friends Saturday, April 24 2021 at Williams Funeral Home in Columbia, TN from 4:00 p.m. until 8:00 p.m. The Masonic Funeral Service for Billy will be held at 7:00 p.m. Saturday Evening. A funeral service for Billy will be held Sunday, April 25, 2021, at 1:00 p.m. at Williams Funeral Home in Columbia with Scott Yates and George Ladd officiating. Burial will follow at Polk Memorial Gardens in Columbia, TN. Pallbearers will be Tim Laws, Ben Willard, James Cothran, Mark McCain, Wesley Tankersley, David Priest, Jimmy Smith, and Luke McCoy. Honorary Pallbearers are the members of the Maury County Masonic Lodges. Williams Funeral Home is assisting the family with arrangements. Condolences can be given to the family online at www.williamsfh.com

The family of Billy D, Garland created this Life Tributes page to make it easy to share your memories.

Send flowers to the Garland family.