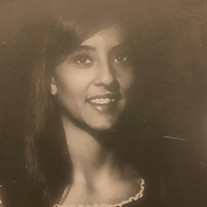 Carol Boyd, age 70, found the road to her heavenly home, surrounded by her family in her home on April 13, 2022, in Mt. Pleasant, Tennessee. Carol was born on July 17, 1951, in McCook, Nebraska to the late Robert Carroll McVicker and Marjorie Elaine Paul McVicker. Carol spent her early childhood in Hayes Center, Nebraska, and eventually moved to Columbia, Tennessee in her elementary years. Carol moved to Detroit, Michigan for a short time before returning to Columbia, Tennessee. Years later while in high school, she ended up meeting her future husband, Donald Boyd. While in her teen years, her family-owned Bob and Marge Drive-In in Mt. Pleasant, Tennessee. After marrying the love of her life, Carol and Donald built a life together in Mt. Pleasant, Tennessee. Carol loved spending time at the Mt. Pleasant Country Club, playing golf, and trying to beat her husband. Singing and faith were a big part of Carol’s life. She went on to form a Christian Gospel Group with her husband and family. They recorded two studio albums and traveled to various locations and were on many different radio and television programs in Tennessee and Alabama. Her faith was a huge part of who she was. She never hesitated to share the Lord by talking to everyone about His Glory. She knew that God was speaking to her by leaving pennies (In God We Trust) wherever she went. Carol had many nicknames in her lifetime such as Cardo and Peanut, but her favorite nickname she received was MeeMee. She loved her family and was proud of the men she raised with Donald and was grateful to see her family grow as she got to see her grandchildren and great-grandchildren. Even while fighting Pancreatic Cancer, she never missed a game or event for her family. Carol is survived by her husband of 53 years, Donald Boyd; sons: Kevin (Terri) Boyd and Breck (Becky) Boyd; grandchildren: Candice Boyd, twins Haley and Hannah Boyd, Casen Boyd, Ellie Sharp, and Emmy Kate Boyd; greatgrandchildren: Treyden Boyd, Rylan, and Cora Leigh Boyd; siblings: Nancy Johnson, Cindy Dodson, Rob (Michelle) McVicker; sisters-in-law: Shirl (Ernie) Cube and Sue Boyd; brothers-in-law: Charles Boyd and David Boyd; and numerous nieces and nephews. Carol is preceded in death in addition to her parents; brothers-in-law: Willie Boyd and Dewey Johnson; sisters-in-law: Ruby Boyd and Linda Boyd; great-granddaughter: Nova Lee Patrick. A special thank you to the Maury Regional Cancer Center and Hospice Compassus. The family will receive friends at Williams Funeral Home in Mt. Pleasant from 2:30 pm until 3:30 pm on Saturday, April 16, 2022. A graveside will be held at 3:30 pm on Saturday, April 16, 2022, at Polk Memorial Gardens with Charles Boyd officiating. Carol's nephews will serve as pallbearers. Williams Funeral Home is assisting the family with arrangements. Condolences can be given to the family at williamsfh.com

Carol Boyd, age 70, found the road to her heavenly home, surrounded by her family in her home on April 13, 2022, in Mt. Pleasant, Tennessee. Carol was born on July 17, 1951, in McCook, Nebraska to the late Robert Carroll McVicker and Marjorie... View Obituary & Service Information

The family of Carol Boyd created this Life Tributes page to make it easy to share your memories.

Send flowers to the Boyd family.