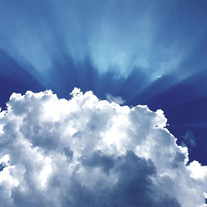 Connie Lynn Massie, age 62, passed away Sunday, December 12, 2021, in Columbia, Tennessee. Connie was born October 5, 1959, to Kenneth Tubville and the late Ruby Yates Tubville in Dickson, Tennessee. Connie’s larger-than-life personality is what drew people into her. She could talk to anyone, whether it was just in passing, online, or by phone, she could make an instant connection with anyone that would lend an ear. Her huge heart and conversational skills are what attracted people from far and wide making lifelong friends everywhere she would go. She never met a stranger. Her warm spirit, uplifting humor, and contagious smile are something that everyone will cherish forever. She will be so deeply missed. In addition to her mother, Connie is preceded in death by her niece: Krystal Dodson, and her brother: Kenny Tubville. She is survived by her children: Josh Smith, Summer (Corey) King, Logan (Robyn) Lindley, Dakota Lindley; Grandchildren: Laney Kate King, Cannon Smith, Bronx King, Callen King, Eli Lindley, and Nolan King; brother: Jeff Tubville; sister: Cathy Berkowitz; and several nieces and nephews. Williams Funeral Home is assisting the family with arrangements. Condolences can be given to the family by visiting www.williamsfh.com.

The family of Connie Lynn Massie created this Life Tributes page to make it easy to share your memories.

Send flowers to the Massie family.