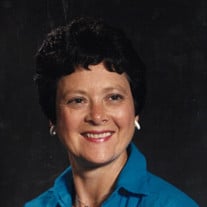 Dorris Anna Baker Kirk Sudberry, aged 85, a resident of Mount Pleasant, Tennessee, passed from this life to the next on Friday evening, February 11, 2022, at Life Care Center in Columbia, Tennessee, with her daughters at her side. Born on November 6, 1936, at home in the Ebenezer Community of Mount Pleasant, Tennessee, Dorris was the daughter of the late Elmer Wilson Baker and the late Annie Geneva Barnett Baker. Dorris spent the early years of her life growing up on Dr. Walton’s farm, with no running water or electricity. She attended her first year of school in a one-room schoolhouse in the Porters Chapel Community in Mount Pleasant. She then attended Mount Pleasant Elementary School and Hay Long High School from which she graduated in 1954. At the age of 17, Dorris left home to attend college at Baptist Memorial Hospital School of Nursing in Memphis, Tennessee, where she earned a bachelor’s degree in nursing to become a registered nurse in 1957. She then returned home to Maury County to work at Maury County Hospital for a short time, but then joined the United States Air Force in October 1958 as a nurse working her way to second lieutenant. On February 12, 1959, Dorris married Louis Hayes Kirk from Hampshire, Tennessee. Soon after, she was honorably discharged from the Air Force owing to the birth of their first daughter, Sherri, who was born at the Smyrna Air Force base. Their second daughter, Clarinda, was born in 1966. Dorris and Louis were married ten years raising their two daughters. Dorris began her career of 50 plus years as a nurse at Maury County Hospital and worked there part-time as needed over the course of her entire career. She also worked as a nurse at Victor (Stauffer) Chemical Company until 1966 for the birth of her second daughter. She then began working at Hooker (Occidental) Chemical Company until her first retirement. Then she began work at the Saturn Manufacturing Plant in Spring Hill, Tennessee until her second retirement. After retiring, she continued to work as an ambassador at Maury Regional Hospital. In her later years, she was a volunteer at the Mount Pleasant Phosphate Museum. Dorris was a member of the First Baptist Church in Mount Pleasant for most of her adult life except for a few years when she lived in Columbia with her second husband, Carl Sudberry. She was then a member of Pleasant Heights Baptist Church. Dorris enjoyed travel and went on many trips with Carl including Alaska and Europe. She also traveled with her sister, Linda, to France, and daughters to Canada, England, and Italy. Once, she and her mother traveled to the Grand Canyon with a group of ambassadors from the Hospital. Dorris and Carl also enjoyed camping and fishing with her cousins, Rene and Dot, and her good friend, “Pud”, and their husbands, at the Tennessee River near Wheeler Dam. She was an avid reader and always had a book in her hand. She also enjoyed going to estate sales and flea markets collecting many antiques along the way with which she lovingly filled her home. She was active all her life until the last few years. She was always ready to help anyone anywhere who needed it, especially her family, being close to her brothers and sister and cousins. Dorris’s survivors include her two daughters, Sherri (Kenny) White and Clarinda (Terrell) Griffin, and one step-daughter, Sandra Small; brother, Douglas R. (Jeanie) Baker, and sister, Linda (Malek) Morcos; three grandchildren, Ashley King, Tyson King, and Kirk (Mikala) Anderson, and one step-granddaughter, Amanda White; five great-grandchildren, Koble King, Kierra, Breydon, Jacob and Chloe Anderson, and one step great-grandson, Stephen Stanfill. Also, six nephews, four nieces, six great-nieces, and seven great-nephews. In addition to her parents, Dorris was preceded in death by her two husbands, Louis Hayes Kirk who died in 1981, and Carl Sudberry who died in 2003; brother, James Earl “Peanuckle” Baker, and brother, Eugene “Gene” Wilson Baker. A funeral service will be held on Tuesday, February 15, 2022, at 12:00 pm at Williams Funeral Home in Columbia, Tennessee, with Reverend William Owens officiating. Burial will follow in Polk Memorial Gardens. Visitation will be on Monday evening from 5:00 – 7:00 pm, also at Williams Funeral Home. Pallbearers will be Terrell Griffin, Kirk Anderson, Jay Baker, and Brent Baker. Honorary Pallbearers will include all of her cousins. The family wishes to thank all the nurses and nurses’ aides at the Life Care Center of Columbia for their care and support during her stay at their facility. You may share condolences with the family at Williams Funeral Home & Crematory - Columbia, TN (williamsfh.com). The family requests that memorial contributions be made in Dorris’s memory to the Mount Pleasant Library.

Dorris Anna Baker Kirk Sudberry, aged 85, a resident of Mount Pleasant, Tennessee, passed from this life to the next on Friday evening, February 11, 2022, at Life Care Center in Columbia, Tennessee, with her daughters at her side. Born on November... View Obituary & Service Information

The family of Dorris Anna Baker Kirk Sudberry created this Life Tributes page to make it easy to share your memories.