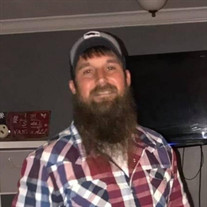 Gregory Lance Allen, or “Lil Gee” as his friends called him of Lawrenceburg, TN, son of Dennis Doyle Allen and Rebecca Allen of Lawrenceburg, TN went home to his heavenly Father on September 27th 2021, at Maury Regional Hospital. Greg was born on Dececember 31st 1980, in Memphis, TN. He was 40 years young at the time of his death. Greg was an amazing father that loved his children more than anything in life! Everything he did was for them and to give them a good life. He was the love of Tracy’s life and he would often say the same about her. His family was his drive and his motivation, and he never lost sight of what he wanted for them. He would move heaven and earth for his family and would very proudly tell anyone and everyone that would listen (often in a VERY LONG conversation) about how he planned to take care of them. He was a hard-working father and husband and was pretty handy to have around. He wasn’t scared to try something new and loved challenges. He loved sports and was rarely seen without a football or basketball in his hands as a kid. In his fatherhood, he passed that love of sports to his children. He was loyal, often to a fault, and he loved deeply. He was tough. He was stubborn. He was fierce! He leaves behind his wife of 18 years, Tracy Allen of Lawrenceburg, TN. Greg had four BEAUTIFUL children and two grandchildren: Daughter, Baylee Shyanne Baker of Lawrenceburg, TN and her fiancée, Vera Juarez, and their son, Weston Everardo Juarez; Daughter, Amria Jade Ringueberg of Lawrenceburg, TN and her husband, Braeden Ringueberg, and their daughter, Madison Edith Ringueberg; Son, Ashton Trey Thomas Allen; Daughter, Tessa Claire Donnett Allen. Greg is survived by two brothers: Dennis Doyle Allen II of Katy, Texas, and Stephen Jeffrey Allen of Lawrenceburg, TN; and one sister: Leslie Bolen of Benton, MO; and a whole family of Aunts, Uncles, cousins, nieces and nephews! I’d also like to thank his best friend, Brad Powell, and wife, Jessica Powell, for a lifetime of memories and brotherhood you shared with Greg. He loved you like family! Greg was preceded in death by his grandfather: George Allen of Morehouse, MO; grandmother: Nela Allen of Morehouse, MO; grandfather: Emerald Melvin Swanger of Byhalia, MS; grandmother: Geraldine Swanger of Byhalia, MS; uncle: Melvin Swanger, Jr. of Byhalia, MS; uncle: Dale Allen of Morehouse, MO; cousin: Clinton Bradley Gardner, of Hughes, AR; uncle: Darrel Allen of Atlanta, GA; uncle: Thomas Riley of Lawrenceburg, TN. John 14:1-3 “Do not let your hearts be troubled. You believe in God; believe also in me. My Father’s house has many rooms; if that were not so, would I have told you that I am going there to prepare a place for you? And if I go and prepare a place for you, I will come back and take you to be with me that you also may be where I am.” Williams Funeral Home is assisting the family with arrangements. Condolences can be given to the family by visiting www.williamsfh.com

The family of Gregory Lance Allen created this Life Tributes page to make it easy to share your memories.

Gregory Lance Allen, or “Lil Gee” as his friends called him of...

Send flowers to the Allen family.