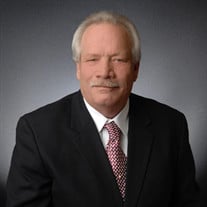 James Charles Adams was born in Wilmington, Delaware, on February 05, 1956. At the age of ten, he was awarded the distinguished Boy Scouts Life Saving Award of Honor. A neighborhood friend had a treehouse and had gotten tangled with a rope and accidentally hung himself. Jim witnessed the problem and held him up on his shoulders and sent for help. In his senior year, 1974, at Verdugo Hills High School in California, he was the Senior Class President and was part of the yearbook and photography class. He married the love of his life, Cherie, on June 24, 1978. He graduated from Cal State Northridge in 1981, with a Bachelor of Arts in Political Science. He put in over 30 years with General Motors. During this time at Van Nuys, he spent five years as coordinator for the Floats on the Tournament of roses parade. Once he moved to the Saturn plant in Tennessee, he was the editor of the UAW newsletter where he received dozens of awards in journalism and photography. He loved the game Jeopardy and loved to go with friends to trivia nights also he didn't miss any of the Jeopardy TV shows. He loved hunting skeet shooting and playing poker with his friends at the local restaurants. When he went out to restaurants there wouldn't be a time that he didn't know most of the servers and several of the other patrons all through Columbia. He was someone that took his time to listen to others During his time in Tennessee, he was part of the Democratic party as an executive committee member in Maury County. After retirement, he was a realtor for Crye-Leike in Columbia. His spirit of community had him be a part of Kiwanis. He was a devoted father and friend that could be called at any time. He is survived by his wife: Cheryl Cullimore; two children: Angelina Tisdale of Lewisburg and Courtney Harper of South Carolina; and two grandchildren. Jim’s family will receive friends Wednesday, September 8, 2021, from 9:30 a.m. until 11:00 a.m. at the Arbors Pavilion in Polk Memorial Gardens. Funeral services will be held at 11:00 a.m. immediately following visitation in the Arbors Pavilion. The family requests that those that attend wear a mask. Pallbearers will be: Joey Tisdale, Rick Whitmore, Brandon Harper, Jack Cobb, and Rick Spurlock. Williams Funeral Home is assisting the family with arrangements. Condolences can be given to the family online at www.williamsfh.com.

James Charles Adams was born in Wilmington, Delaware, on February 05, 1956. At the age of ten, he was awarded the distinguished Boy Scouts Life Saving Award of Honor. A neighborhood friend had a treehouse and had gotten tangled with a rope... View Obituary & Service Information

The family of James Charles Adams created this Life Tributes page to make it easy to share your memories.

James Charles Adams was born in Wilmington, Delaware, on February...

Send flowers to the Adams family.