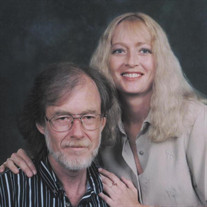 James “Jimmy” Ira Phillips, age 72, passed away on November 4, 2021. He was born to the late Giles and Addie Lee Phillips. He was a 1968 graduate of Giles County High School in Pulaski, Tennessee. He loved and enjoyed his many pets. He was very creative and enjoyed computers and working in the printing industry. He also enjoyed photography and woodworking. James started his career in printing and photography at the Pulaski Citizen, working part-time after school and then full-time after graduating. While working for and after leaving the Citizen he was a professional photographer in Giles and Lawrence counties. He later worked for Pulaski Web Printing in Pulaski, TN, and then Franklin Web Printing in Franklin, TN. He was preceded in death by his parents, son-in-law, Tommy Christian, and Mother-In-Law, Carolyn Fitzgerald. He is survived by his wife: Renee Phillips of Culleoka, TN; daughters: Kelli Christian of Summertown, TN, Stephanie (Don) Morgan of Pulaski, TN; Grandchildren: Tim Christian, Kassy (Patrick) Hunter, Michelle Christian, Jacob Christian, Kayla Morgan, Tyler Morgan, Andrew (Shelby) Morgan, Ashley Morgan; Six Great Grandchildren, Brothers: Lester Phillips of Nashville, TN, Jerry (Wanda) Phillips of Goodspring, TN, Danny (Pam) Phillips of Nashville, TN. Several nieces and nephews. Father-in-law and best friend: Wayne Fitzgerald; sister-in-law: Stephanie (Dave) Fitzgerald. Special thanks to Matt Coyle, Chris Coyle and everyone at Franklin Web Printing, who became his second family. The family will be honoring his wishes with no service. Williams Funeral Home is assisting the family with arrangements. Condolences can be given to the family by visiting www.williamsfh.com. Anyone who wishes to honor Jimmy is requested to make a contribution to People for Animals, Franklin, TN and Maury County Animal Shelter, Columbia, TN.

James &#8220;Jimmy&#8221; Ira Phillips, age 72, passed away on November 4, 2021. He was born to the late Giles and Addie Lee Phillips. He was a 1968 graduate of Giles County High School in Pulaski, Tennessee. He loved and enjoyed his many pets.... View Obituary & Service Information

The family of James Ira Phillips created this Life Tributes page to make it easy to share your memories.

Send flowers to the Phillips family.