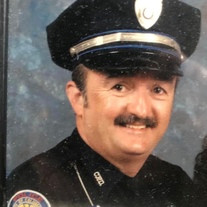 James Roy Sellers, age 82, passed away Wednesday, February 3, 2021 at Maury Regional Medical Center in Columbia, Tennessee. Roy was born May 7, 1938 in Columbia, Tennessee to the late James Morel Sellers and Margaret Pinnel Sellers. Roy began his life in Columbia Tennessee, where he attended Columbia Military Academy. Following his graduation from CMA Roy went straight into the United States Air Force which is where he would proudly serve for the better part of the next 20 years. Not long after enlisting Roy was stationed at Mildon Hall AFB in London, England. It was there that he met the love of his life Valerie Cockrill Sellers. They began a family in Chatham, Kent, England where they raised their 4 children until finally retiring from the Air Force and returning home to Columbia, TN in May of 1981. Not long after coming home Roy joined the Columbia Police Department as a Patrolman. Over the years he moved through the ranks, working with the drug task force until eventually achieving the rank of Detective Sergeant before retiring in 2004 from CPD. Upon retirement Roy would spend his time riding with the Blue Knights Motorcycle Club or spending quality time with his friends or family. Roy was a pillar in the Maury County Community and he will be dearly missed. Roy is survived by his children: Kim Hughes, Mark (Donna) Sellers, Wayne (Brenda) Sellers, and Kellie Sellers; grandchildren: Adam Hughes, Darren Hughes, Brittany Webb, Chelsea Sellers, Dustin Sellers, Kai Sellers, Kelsey Cummings, Holly Sellers, and Brad Sellers; great grandchildren: Bentley Hughes, Jayden Hughes, Matilda Rose Cummings, Frank Cummings, London Hughes, and Sawyer Webb; and longtime coworker and special friend: Lonnie Lyles. Roy is preceded in death by his wife Valerie Sellers, his parents, and son in law Alan Hughes. The family will receive friends from 4:00 p.m. until 8:00 p.m. Tuesday, February 9, 2021 at Williams Funeral Home in Columbia. TN A celebration of Roy's life will be held at 1:00 p.m. Wednesday, February 10, 2021 at Williams Funeral Home in Columbia, Tennessee with Bro. Terry Peery officiating. Burial will follow at Polk Memorial Gardens. Funeral Honors will be provided by the Columbia Police Department Honor Guard. Pallbearers will be provided by the Columbia Police Department Honor Guard. Williams Funeral Home is assisting the family with arrangements. Condolences can be given to the family online at www.williamsfh.com

The family of James Roy Sellers created this Life Tributes page to make it easy to share your memories.

Send flowers to the Sellers family.