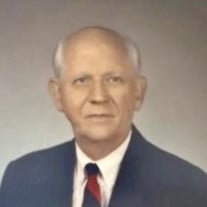 Mr. John (Johnny) D. Gibson III, age 81, a lifelong resident of Mt. Pleasant, Tn., passed away at his home, Monday, February 15th, surrounded by his loving family. Mr. Gibson was born in Maury County on August 24th, 1939. He was the son of the late John D. and Dorothy Wells Gibson. He was a high school graduate of Haylong High School. After his service in the Tennessee Air National Guard, he graduated from David Lipscomb University with a BA degree. From there, he attended MTSU and received his Master of Education Degree in Administration and Supervision. He was also certified as a Career Level III Administrator. Mr. Gibson's education career started at Spring Hill High School as a teacher. He then transferred to Hampshire School, where he was an educator, coach, and later principal. He went on to become the principal of the Mt. Pleasant Elementary School, where he influenced many young lives. He retired as an educator in 1997. He was loved and respected by his teachers, staff, and students. He was a past member of the Mt. Pleasant Rotary Club and held positions as President, Vice President, Secretary, and Treasurer. He was a Paul Harris Fellow and also served on the Maury County Mental Health Board. His most beloved position was serving as a Deacon at Locust Street Church of Christ since 1975, where he was a lifelong member. The most important thing to him was going to church and worshipping God. He loved the Lord and lived his life in such a way that others could see that love. Survivors include his wife of 55 and 1/2 years, Mary Gibson. His children: Bryan Gibson, Maria Gibson, and Tanya (Bubba) Vandygriff. Grandchildren: Johnathan (Britani) Runions, Kaleb (Tiffani) Vandygriff, Coty (Taittumn) Runions, Keenan Vandygriff, and Dalton Stefon. Great Grandchildren: Jersey Henderson, Remington Runions, Karter Vandygriff, and Kabe Vandygriff. Special family: Harold (Amy) Hinson and his beloved brothers and sisters in Christ. The family will meet at Williams Funeral home for a private service with Harold Hinson officiating. Following services, Mr. Gibson will be entombed at Polk Memorial Gardens in the mausoleum. Pallbearers will be Johnathan Runions, Kaleb Vandygriff, Coty Runions, Keenan Vandygriff, Dalton Stefon, Sam Hinson, Mark Hagewood. In lieu of flowers, donations may be made to the library at Locust Street Church of Christ: 108 Locust Street Church of Christ Mt. Pleasant Tn. or the Mt. Pleasant Elementary School library: 600 North Locust Street, Mt. Pleasant, Tn. The family wishes to thank Dr. Charles Ball, Dr. Thomas Farmer, Dr. Mike Tyler, Kinzer Pharmacy, Maury Regional Home Health, NHC Home Health Care, and Hospice Compassus for the care and compassion given to Mr. Gibson during his illness. The children and grandchildren wish to give a very special thank you to "Granny" for her dedication, love, devotion, and care she has shown to "PawPaw" during his illness. Williams Funeral Home is assisting the family with arrangements. You may send your memories or sympathies to the family at www.williamsfh.com.

Mr. John (Johnny) D. Gibson III, age 81, a lifelong resident of Mt. Pleasant, Tn., passed away at his home, Monday, February 15th, surrounded by his loving family. Mr. Gibson was born in Maury County on August 24th, 1939. He was the son of... View Obituary & Service Information

The family of John D Gibson, III created this Life Tributes page to make it easy to share your memories.

Send flowers to the Gibson family.