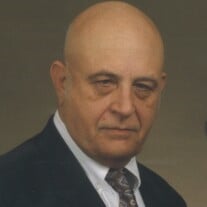 John Thompson Kirk, age 84, passed away on February 18, 2021, at his home surrounded by his loving family in Mt. Pleasant, TN. John was born on December 10, 1936, in Columbia, TN to parents Omry Thompson Kirk and Bonnie Loveless Kirk. John served in the United States Air Force at a young age during the Vietnam War. John held his post with USAF until his retirement 20 years ago. He was stationed at Columbus Mississippi, San Antonio Texas, Valdosta Georgia, Panama Canal Zone, and Plattsburgh, New York. John still having the need to be a protector, he worked security at Columbia State College until he retired in 2000. He married Barbara Marlene Hayes Kirk, November 11, 1965. Together they had two children: John Kirk, Jr. and Elizabeth Kirk Norman. He had a sideline job that made him well known in the community. He was the area's washer and dryer repairman. Everyone looked to him when they needed parts or repairs. He enjoyed the connection he had with meeting people of the area and of course they always shared tall tales, some true and maybe some not so true. "I'm going to miss my husband of 55 years. We have traveled a lot of miles together and shared a life that God has blessed us with. Wish everyone could have the same blessing we have had." The family will receive friends Tuesday, February 23rd, 2021 from 11:00 AM to 1:00 PM. The funeral service for John will follow at 1:00 PM in the Chapel at Williams Funeral Home in Mt. Pleasant. Burial will follow at Arlington Cemetery in Mt. Pleasant, TN. Pallbearers: Devarus Mosley, Adam Gray, Pete Bradford, Jerry Hall, Johnny Lee Kidd, and Ray Bassham. Honorary Pallbearers: Allen Arnold, Dr. Gaylon Harris, Dalton Hayes, and Dr. James Marshall. John is preceded in death by his late parents; brother: Steve Kirk; sister-in-law: Beverly Kirk; and brother-in-law: Frank Watts. John is survived by loving and devoted wife, Marlene Hayes Kirk; children: John T. (Marlene Gray) Kirk, Jr. and Elizabeth M. Kirk (Douglas) Norman; granddaughter: Ashley Marie Kirk; step-grandsons: Adam H. Gray and Andrew Norman; and great-grandchild: Scarlett Mosley; sister: Martha Kirk Watts. Special thanks to Roxann Rasburg, Robin Potts, Judy Garett, Nurse Katie Estes, and Maury Regional Hospital. Williams Funeral Home & Crematory is assisting the family with arrangements. You may send the family your sympathy or share your memories at williamsfh.com.

The family of John Thompson Kirk created this Life Tributes page to make it easy to share your memories.

Send flowers to the Kirk family.