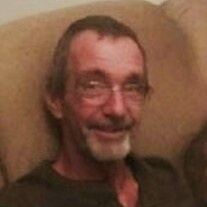 Joseph Barton, age 55, passed away on January 08, 2021, at Maury Regional Medical Center in Columbia, TN. Joseph was born on February 28, 1965, in Elkhart, IN, to his late parents Joseph Leroy and Patricia Jane Hohn Barton. Joseph was working as a Truck Driver for Star Transport for many years until his health had to keep him off the road. With time on his hands, Joseph dove deep into his woodworking hobby and became a very talented woodworker, making lovely pieces of furniture for his family. When he wasn't working in his workshop, you could catch him relaxing in his recliner, eating popcorn, and watching his favorite remodeling tv shows, Nascar, or rooting for his Notre Dame football team. Joseph was a big family man, cherishing his beautiful grandchildren the most. Joseph is preceded in death by his parents, Joseph and Patricia Barton. Joseph is survived by his wife, Jean Barton; his children: Jariann Flynn and Jonathan Barton; grandchildren: Waylon Maynard, Elijah Flynn, Sailor Flynn; aunts and uncles: Kenny (Mary) Hart, Connie (Gene) Rogers, Loraine Wix, Alice Oblinger, Linda Goff, Jim Barton, Larry (Bonnie) Barton, and Roger Barton. Williams Funeral Home is assisting the family with arrangements. You may send the family your sympathy or share your memories at williamsfh.com.

The family of Joseph Barton created this Life Tributes page to make it easy to share your memories.

Send flowers to the Barton family.