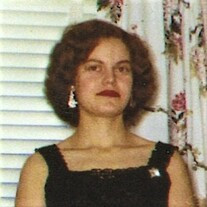 Lena Liberata (Raulli) Phillips, age 84 (b. March 13, 1936 – Jan. 18, 2021, originally from Southbridge, Massachusetts), died yesterday at the Arbors at Willow Springs after several health-related issues including contracting Covid-19. She was the wife of Henry Edward Phillips Jr. (1945-2006) – son of Henry Edward Phillips Sr. (1889-1945) and Maycel (Patterson) Phillips (1905-2004) all from Anderson County, Tennessee. Besides her husband who predeceased her, her parents Michele Raulli (1896-1984) (b. Tocco Da Casauria, Italy) and Filomena (Taglieri) Raulli (b. Rome, NY) (1909-1981) and her brother Francesco Raulli (1938-1990) predeceased her as well; she leaves a daughter, Dr. Lisa Ann Phillips (OBGYN) of Spring Hill; a son Henry Edward Phillips III, Esq. and his wife Janna N. (Gritsenko) Phillips; her sister Anna M. Gentili of Sturbridge Massachusetts; and three grandchildren Edward Alexander Phillips (H. Edward and Janna Phillips) Class of 2020 Montgomery Bell Academy and a freshman in the honors program at UTK, James Nicholas Marro (MBA Class of 2022) and Emma Hillary Marro a student at Overbrook (Dr. Lisa A. Phillips and Mr. Michael Marro, Ph.D.). She also leaves behind a nephew Anthony (“Tony”) Gentili of Brookfield MA, and Laura Gentili of Sturbridge, MA. Lena was a faithful Catholic Christian who attended Mass regularly at St. Mary's in Southbridge, MA and upon moving to Tennessee in 1991, St. Catherine of Siena in Columbia, TN. Prior to issues related to dementia, Lena was also a voracious reader, a firm believer in education and a loving wife, mother, grandmother, and friend. While she did not speak of it often, she had volunteered to clean Saint Catherine’s several times a week for a number of years while in good health, and she modestly provided for needy children during Christmas. Her daughter Dr. Phillips received her B.A. in Biology from the College of the Holy Cross (1989) and her MD from Georgetown University (1995), while her son H. Edward Phillips, Esq. received his B.A. in History (minor in Political Science) from the University of Tennessee Knoxville (1990) and his Doctor of Juris Prudence form the Cecil C. Humphreys School of Law - University of Memphis (1994) being admitted to the Bar of Tennessee (94), North Carolina (2002) and before the Supreme Court of the United States (2006). A visitation for the family will be held Wednesday, January 20, 2021, at 3:00 pm at Williams Funeral Home in Columbia. A Funeral Mass will follow at St. Catherine of Siena Catholic Church in Columbia on Thursday, January 21, 2021, at 11:00 AM with a graveside service for friends and family at Spring Hill Memorial Park at 5239 Main Street, Spring Hill, Tennessee. Williams Funeral Home & Crematory is assisting the family with arrangements. You may send the family your sympathy or share your memories at williamsfh.com.

The family of Lena Mary Phillips created this Life Tributes page to make it easy to share your memories.

Send flowers to the Phillips family.