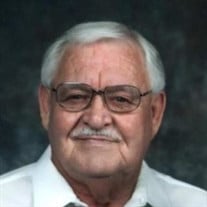 From carrying 50 pounds of sugar on his back as a kid to make moonshine with his father to watching his two grandchildren play sports every week of their childhood, Leonard Dalton Hayes, aka Snake, lived a life with more stories and memories than can be written down in a few paragraphs. He passed away peacefully in his home on February 16, 2022 in Mount Pleasant, Tennessee. He was born on September 23, 1946 to the late Leonard and Elizabeth “Lizzie” Zimmerman Hayes in Columbia, Tennessee. He is preceded in death by his wife of 50 years: Lillian Hayes, brothers: Earl, Buford, Claude, Cleve, Odell, William, and Vance Hayes; and sisters: Dorothy, Irene, Lottie, and Sue. He is survived by his two daughters Michelle (Keith) Jennings and Millicent Hayes of Summertown, his grandchildren Devon Jennings and Garrett Jennings, adopted granddaughter Emily Sigler, and his sister Marlene Kirk, and many special nieces and nephews. Dalton lived life with a profound sense of right and wrong as displayed by his service as Constable of Maury County and his candid assessments of local matters at commissioner meetings or the Bypass Market where he liked to drink coffee with his buddies. Dalton was a member of Summertown Baptist Church, the Ed T. Workman Masonic Lodge, and the Fraternal Order of Police. Before his health declined, he enjoyed visiting local nursing homes and making people smile with his quick wits and local gossip that he always seemed to know before anyone else. If you were Facebook friends with him, you were used to seeing videos from his trail camera featuring an assortment of deer, turkeys, raccoons, skunks, squirrels, possums, coyotes, and sometimes even his family walking their dog Jingles, his most favorite companion. Dalton will best be remembered for his clever sense of humor and the many stories he told his grandson on their long drives on backroads visiting old cemeteries and other significant places in his life. Visitation for Dalton will be held on February 20, 2022 from 11:00 AM to 2:00 PM at Williams Funeral Home - Mt. Pleasant. The service for Dalton will follow visitation at 2:00 PM with Howard Kitter officiating. Burial will follow at Arlington Cemetery in Mt. Pleasant, Tennessee. Pallbearers will be Gordon Travis, Billy Burdette, Robb Clark, Tommy Lee Kidd, Steve Keeton, and Brandon Keeton. Honorary Pallbearers are Jo Jo Sanders, John Byrd, Terry Jacobs, Tony Kidd, Terry Jennings, Walter Meredith, Jerry Smith, Jimmy Sedberry, Butch Clark, William “Tot” Roddy, and Kenny Travis. In lieu of flowers, Dalton requested that donations be made to St. Jude Children's Research Hospital or Shriners Hospitals for Children

From carrying 50 pounds of sugar on his back as a kid to make moonshine with his father to watching his two grandchildren play sports every week of their childhood, Leonard Dalton Hayes, aka Snake, lived a life with more stories and memories... View Obituary & Service Information

The family of Leonard Dalton Hayes created this Life Tributes page to make it easy to share your memories.

From carrying 50 pounds of sugar on his back as a kid to make...

Send flowers to the Hayes family.