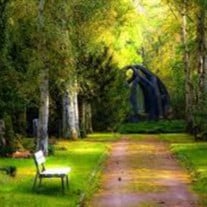 Patrick L. Brady, age 79, passed from this life on Friday, August 13, 2021. He was born September 23, 1941, in Sault St. Marie, Michigan, to Leo and Alice Brady. He was educated in the Catholic school system from elementary to high school. Entered Lake Superior College in 1959 in pursuit of a business degree. As a teenager he was a disc jockey in Canada, delivered groceries, washed, and painted houses, he had a strong work ethic throughout his life. When he entered the “retail world”, he talked a girl he had once tied to a tree into marrying him. That marriage has lasted over 59 years. He fulfilled the promise he made to her to obtain her nursing degree which was her dream. 13 ½ years after they were married, they were granted with a surprise, their daughter Kristeen was born, Pat was totally enamored, he quit his job and stayed home to raise her. He couldn’t get that smile off his face. When he returned to the workforce, he started in the trucking industry. First driving coast to coast and border to border. As the “car hauling” trucking disappeared in Michigan we started looking for a new home. In 1980, he started searching and we ended up in Culleoka, TN in Maury County on approximately 70 acres of land and never intended to leave but God obviously had a different plan for Pat. They joined St. John’s Catholic Church in Lewisburg and that is when Pat became involved with the Knights of Columbus. In April of 2008 after only retiring in February, he was diagnosed with Stage four cancer, endured six months of horrendous chemo, and came out in remission the Knights and the church community were there for him all the way! We changed parishes to St. Catherine’s in Columbia TN. He became more active and became Grand Knight of the 4th-degree council. As of late has not been able to be as active as many things were shut down. He was so proud of our daughter Kristeen and the person she has become. Has a wonderful husband, Jeff, and two great grandsons; Jacob and Brady. The family she married into (Durens) of Waynesboro has taken us all in as part of a larger family. By our sides during Pat’s final days. He was always quiet but always listened. Loved to sit on the deck, he built, and watch the deer, and read his Catholic study bible. He really enjoyed walking his dog and fooling his donkeys, and even occasionally petting the cat. A loyal friend, father, and husband who held God in his heart always. Visitation will be held Wednesday, August 25, 2021, from 5:00 p.m. to 8:00 p.m. at Williams Funeral Home in Columbia, Deacon Ray Seibold will be conducting a vigil service at 6:00 p.m. A funeral mass will be held on Thursday, August 26th at 11:00 a.m. at Saint Catherine's. Williams Funeral Home is assisting the family with arrangements. Condolences can be given to the family online at www.williamsfh.com.

Patrick L. Brady, age 79, passed from this life on Friday, August 13, 2021. He was born September 23, 1941, in Sault St. Marie, Michigan, to Leo and Alice Brady. He was educated in the Catholic school system from elementary to high school.... View Obituary & Service Information

The family of Patrick L Brady created this Life Tributes page to make it easy to share your memories.

Send flowers to the Brady family.