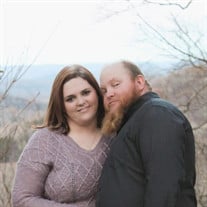 Paul Clemons, age 40, passed away unexpectedly on Monday, August 30th, 2021 in Columbia, Tennessee. Paul was born in Michigan City, Indiana to Junior Edward and Lynda Dyer Clemons on August 21st, 1981. Paul is unlike any other and truly one of kind. He was intelligent, funny, quick-witted, headstrong, determined, kind, loving husband, father, brother, friend, and jokester. From a young age, Paul always had a knack for tinkering with things, whether it be dirt bikes, four-wheelers, cars, trucks. You name it, he would mess with it. As he grew older, his tinkering turned into a skill. He could fix anything and everything with a motor. He could start a museum with all his built projects and parts he has laying around his shop. His specialty was hiding it from his wife. Paul worked in construction for many years building not only many things but also many brotherhoods. At the age of 24, he married the love of his life, Kacey Harness. They were a match made in Heaven, the perfect piece to each other’s puzzle. His wife reminds him he’s one of the good ones, “They say he hung the moon, I'd say he hung the galaxy”. They loved, laughed, and bantered to their hearts' content. Playing jokes on each other was their specialties. Recently with his 40th birthday just passing, Kacey thought it would be funny to put trick candles on his cake. If you know Paul, you know about his infamous “Fat Thor” red beard; he went to blow out his candles and nearly caught his beard on fire and all Paul could do was laugh. As years went on, Paul and Kacey really felt a calling for fostering children. Paul has such a big, kind and caring heart which led to tripling their family. Paul made sure each of his kids felt loved and supported. His mission with his kids was to teach them all the essentials of life, mostly about cars and motors. He made sure they all knew how to change a tire, change their oil, work on their own dirt bike engines, so they could be strong and independent. They also taught them to cook and clean, and together they had a solid bond of a family. Paul spent as much time as he could with the kids, whether it be “friendly fire” on video games, nerf gun wars, or having a cake war in the house. He was definitely the parent that didn’t tell you to clean, he was the one helping you make the mess. Living life to the fullest, “all gas, haulin’ ass”. Paul knew that meant no limits. He made sure his family didn’t go without. He gave his wife and family the world and made sure it was wrapped in a bow. He will be so deeply missed by all the lives he had touched. He leaves a legacy behind in the hearts of those who loved him. He is preceded in death by his son, Landon, and his father. Paul is survived by his loving wife, Kacey Clemons; children: Brooke, Gaby, Alyssa, Bella, Elijah, Kellan, and Dolton; and brothers: Peter Clemons, David Clemons, Jerry Clemons, Jason Harness, and Mike Tohn. The family will be receiving family and friends Tuesday, September 7th, 2021 from 10:00 AM to 2:00 PM at Williams Funeral Home in Columbia. Funeral service will begin at 2:00 PM, with Harvey Moore officiating. Burial will follow at Old Wells Cemetery in Duck River, TN. Williams Funeral Home is assisting the family with arrangements. Condolences can be b=given to the family by visiting www.williamsfh.com.

Paul Clemons, age 40, passed away unexpectedly on Monday, August 30th, 2021 in Columbia, Tennessee. Paul was born in Michigan City, Indiana to Junior Edward and Lynda Dyer Clemons on August 21st, 1981. Paul is unlike any other and truly one... View Obituary & Service Information

The family of Paul Clemons created this Life Tributes page to make it easy to share your memories.

Send flowers to the Clemons family.