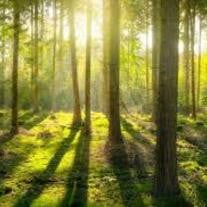 Robert Floyd Boshers, age 90, passed away Monday, February 8, 2021, at his home in Mount Pleasant, Tennessee. Robert was born October 22, 1930, in Mount Pleasant, TN to the late Huey Gray and Ruth Crowley Boshers. Robert is a born and bred native of Mount Pleasant Tennessee. He was just a young man when he was drafted to go serve his county with the US Army during the Korean War. He was lucky to even return at all. He found himself in a morgue after a heavy combat situation. Robert was hit multiple times and pronounced dead, only to be found alive in the morgue 12 hours later. That wasn't Robert's only close call in his life, he was in a bad wreck in his truck and had fallen from a tree while tree topping. Robert received a purple heart for his heroism. Robert never seemed to have fear of anything, he was a tough person that has seen many trials. After he returned from Korea and was honorably discharged he married the love of his life Rebecca Jean Roberts Boshers and they shared 68 years together. When he came home Robert was quite the jack of all trades. He was a tree surgeon and topper for many years, also a fencer, carpenter, and mechanic. He helped build roads in including Golf Course Rd in Mount Pleasant as well as the course itself, he also helped build the Airport. He even for a while worked with Charlie Pride. Robert is a loving husband, father, grandfather, great grandfather, and friend and he will be dearly missed by his family and community. Robert is survived by his wife: Rebecca Boshers; children: Barbara Jean Boshers Wright, Ricky (Brenda) Wayne Boshers, Tony Boshers, David (Peggy) Keith Boshers, 17 grandchildren, and 33 great-grandchildren (with 1 more on the way), and 1 great-great-grandchild; sisters: Margaret Scott and Nancy Skinner; Robert is preceded in death by sons: James Malcolm Boshers, Robert "Butch" Dale Boshers, and Elmer "Pete" Lee Boshers; granddaughter: Kimberly Michelle Boshers; siblings: Alton Boshers, William Boshers, Mabel Dick, Agnes Tiffany, Retha Merryman, Leon Boshers, Elmer Boshers, and Gene Russell; son in law: Jim Wright; and daughters in law: Pam Boshers, and Gwen Boshers. The family will visit with friends from 4:00 p.m. until 8:00 p.m. Thursday, February 11, 2021, at Williams Funeral Home in Mount Pleasant. The family will have a service for Robert at 1:00 p.m. Friday, February 12, 2021, also at Williams in Mount Pleasant with Bro. Dickey Lindsey officiating. Burial will follow in Arlington Cemetery in Mount Pleasant. Pallbearers are: Dustin Boshers, Justin Boshers, Jason Boshers, Thomas Roberts, Poka Boshers, Rick Boshers, Dylan Boshers, Quinton Boshers, Cody Davis, and Daniel Estep. Williams Funeral Home is assisting the family with arrangements. Condolences can be given to the family online at www.williamsfh.com

The family of Robert Floyd Boshers created this Life Tributes page to make it easy to share your memories.

Send flowers to the Boshers family.