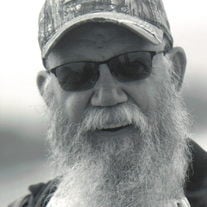 Ronald Gibson, age 72, passed away Monday, December 14, 2020, at Maury Regional Medical Center in Columbia, TN. Ronnie was born June 10, 1948, in Columbia, TN to the late J.C. Gibson and Jane Marie Hickman Gibson. Ronnie grew up in the Maury County area, and as a young man took a job with Union Carbide, where he finally retired after 47 years, 8 months, and 15 days of working there. He was proud of the work that he put in with UCAR. Back in the day Ronnie had always had a love for cars, and he had quite a few, and it wasn't uncommon to hear him lament ever getting rid of them. In addition to his fascination with cars he also loved bass fishing. He would tournament fish with UCAR Bass Club and as well fished with his wife Kathy in UCAR Mount Pleasant Bass Club, Anglers Choice Couples, and Guys and Dolls Bass Club. He was always gracious when Kathy out fished him or won a Tournament, Ronnie would always say, he taught her everything she knows! Often, following that, he would catch an even bigger one! Ronnie loved to camp at Fisherman's Resort and feeding the ducks with Chevy. After his retirement, he forgot where his razor was and never shaved again. And don't even think about getting anything done until the Price is Right was over. He was a fan of Jeopardy, Ronnie always had a keen mind, he loved to make a big deal out of guessing the final jeopardy question from the category before the clue was given. Surprisingly, he was successful several times and kept a running tally of the number of times they both got it throughout every season. He also over time had amassed quite a few unique blow-up Christmas decorations, and Ronnie was quite proud of his eclectic collection that he and Kathy display and grow every year. Ronnie was a serious kidder and arguer who kept everyone laughing or frustrated to no end; a trait that carries through in his grandson. (Don't Push too far, Hunter!) Ronnie is deeply loved by his family and he will be dearly missed by all who knew him. Ronnie is survived by his wife of 36 years Kathy Johnson Gibson; daughters: Tina (Brian) Crigger and Teresa (John) Franklin; grandchildren: Crystal (Jason) Lynch, Stephanie Lee, Hunter Inabnitt, Hannah Inabnitt, Kayla Sharp, Justin Buttram, and Lyndsey Franklin; 10 great-grandchildren, parent in-laws: Noel & Betty Johnson; sisters-in-law: Karyl-Lynne (Guy) Tirk and Karyn Marshall; and several nieces and nephews; and not to forget his loving pet companions: Chevy, Echo, Jessi, Girlfriend, and Levi. Ronnie is preceded in death by his parents and brother Donnie Gibson. The family will receive friends and celebrate Ronnie's life from 4:00 p.m. until 8:00 p.m. Monday, December 21, 2020 at Williams Funeral Home in Columbia, TN. The family requests memorials are made to Shoals Youth Bass Masters in the care of Richard Laxson. 302 Perritt Cove, Florence, AL 35634. Williams Funeral Home is assisting the family with arrangements. Condolences can be given to the family online at www.williamsfh.com

The family of Ronald "Gip" Eugene Gibson created this Life Tributes page to make it easy to share your memories.

Send flowers to the Gibson family.